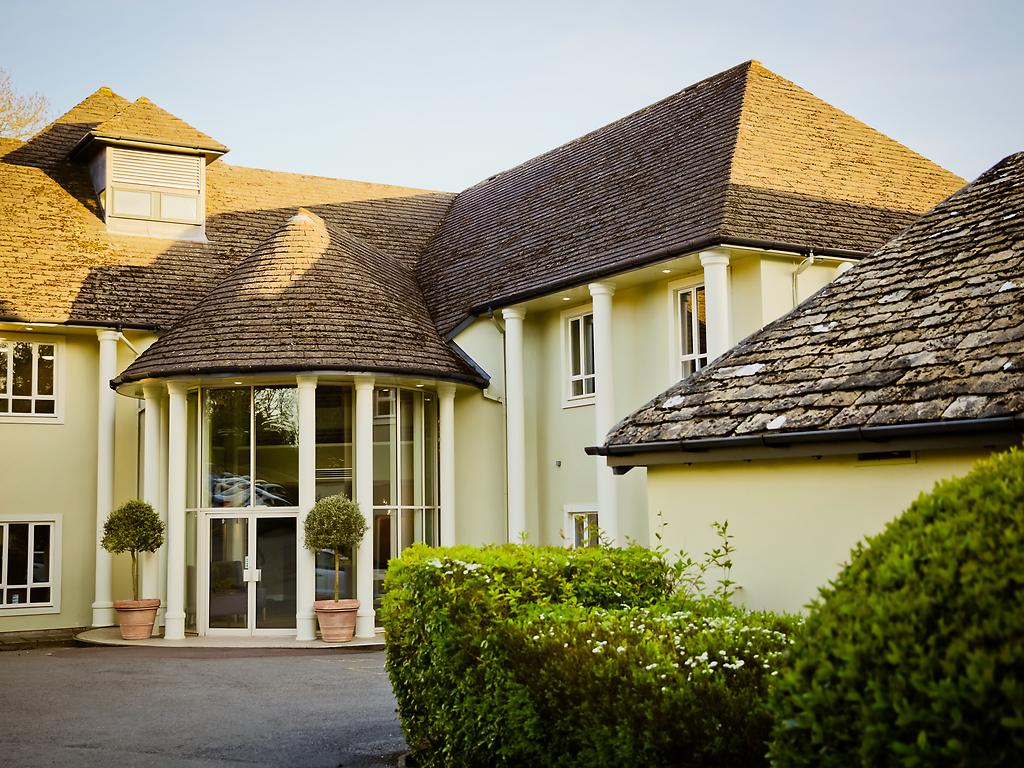 Booked the 3 night Romantic Suite stay. Room was spacious, spotless and the bed was divine. Staff all welcoming and very efficient. Food in the restaurant was of Michelin standard, quite delicious and beautifully presented. Highly recommended.

The rooms in the hotel were excellant and very clean. So full marks to housekeeping

When we arrived at the hotel there was no one on reception and this was apparent for much of the three days of our stay.It seems that although the staff were very helpful they suffered from a lack of sufficient staff for a four star hotel.
We found the food served at breakfast on all three days to be luke warm even though on two of the days it was served to order. the final day was buffet style and although on a hot plate was still not as warm as we would like it.Regarding Dinner. This was very disappointing and noticable by a lack of choice for somebody staying more than a couple of days.

A great choice for a reunion getaway with friends. Lovely, welcoming staff, generously sized rooms with very comfortable beds (no squeezing into tiny room as punishment for single occupancy!) in a great location. A spacious feeling hotel with green and pleasant outdoor spaces to relax in and chat. Great package deal with bottle of Prosecco & chocolates in the room plus dinner one evening. To cap it all they kindly posted my Apple charger to me, free of charge, after I left it behind. Thoroughly recommend this hotel.
Off Peal Luxury were invaluable in narrowing down a great deal for our dates and location and quickly answered all my queries. Will definitely book through them again.

Okay but restaurant was a big diappointment

An evening meal was part of the deal and we booked a table for 7:30. No mention was made of any problems or conditions at that time (5:30pm ish).

Once in the restaurant, we were told that there was a function, with food, in another room so our service would be slow. The menu (the waitress could only find one copy) with a very limited selection was produced and we were told that no other food could be offered.

As several staff members rushed back and forth at the whim of the 'function' guests, we were left with a single waitress serving the three tables in the room.

The food, when it eventually arrived, was okay but nothing to enthuse over. By the time we'd eaten our main (9:30) we felt it too late in the evening for a dessert and left. Having had no personal contact or pleasantries with any staff, we were accosted by a man, I believe he was head waiter or something so a stranger to us, loudly called us back to sign for the meal. He loudly totted the bill and declared us to be under our price limit so there was nothing more to pay.

I am not embarrassed to have an inclusive meal in a hotel deal but do I want it announced to the room? Had we gone over out limit, I would not have attempted to leave without paying. Indeed, it would have been nice to have had some decent food to have bought instead of the meagre fare offered. I am irked that the only contact any staff could offer was this and done without pleasantries or politeness.

On a positive note, our experience meant we ate out the next night and enjoyed the finest steaks we have had in a long time. The Woodman Inn at Fernham should you find yourself in a similar position.

On arrival it was confirmed that my request for walk in shower had been satisfied.
The staffing levels in restaurant seemed low. A tasty steak meal on our first night was spoiled by excessive salt on fries (why do chefs feel this is necessary, salt on tables allow guests to add if desired?). When asked if everything was ok with meal I did mention the salty fries but got no response. The third nights meal we were told by waitress the Soup of the Day was cream of mushroom and chose this for our starter. Green soup arrived and I questioned the colour , to which the waitress said that she thought it unusual but had been assured by Chef that it was mushroom. Upon tasting it was stringy and certainly not mushroom. We left it and told the waitress the reason why when she came to clear. When she went back to the kitchen she was then told by a different Chef that it was Seasonal Vegetable. The said items were removed from the bill. The restaurant seemed to be running on a skeleton staff, perhaps not all staff behind the scenes adequately trained !
In trying times for staffing levels the staff we saw worked hard to make for a pleasant stay. The Afternoon Tea included in our deal was exceptional.

We had a lovely 2 night stay in a family room. It was comfortable, but sadly lacked furniture to unpack into. The hotel garden and setting is lovely, and the staff were helpful and friendly. The restaurant was super, with a good evening menu, and great breakfast buffet. Lots of parking. The folly/ sculpture park is about 5- 10 minutes walk, through a gate in the hotel garden, and has great views. Overall, a lovely hotel.